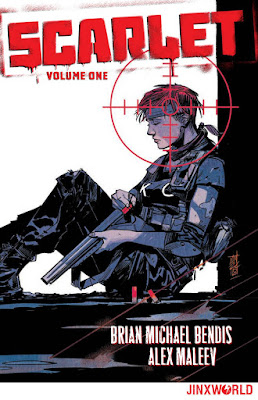 All Time Greatest Graphic Novels (in no particular order) #171 - SCARLET

l Bendis (A/CA) Alex Maleev From the creative team behind Daredevil and Infamous Iron Man comes the latest explosive chapter in this epic tale that IGN called one of the best comics on the stands. SCARLET tells the story of a woman whose life has been ripped apart by police corruption. When she pushes back, she starts a chain reaction of events that will bring about a sea change in American society. In this brand-new, new reader-friendly chapter, fully painted by Eisner Award-winning artist Alex Maleev, SCARLET tells the story of what happens when one young woman is pushed too far - and what one country will do to stop her. Collects the new five-issue miniseries.ted graphic novel by Eisner Award-winning artist Alex Maleev, comes the next chapter in this honest, culturally relevant commentary on American culture in Scarlet Vol. 1! Collects issues #1-5 of the new series. 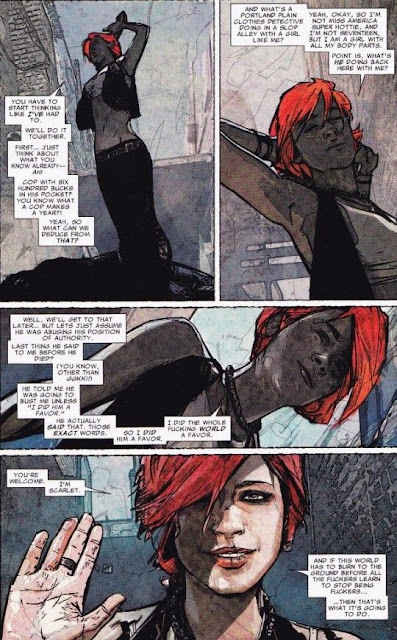