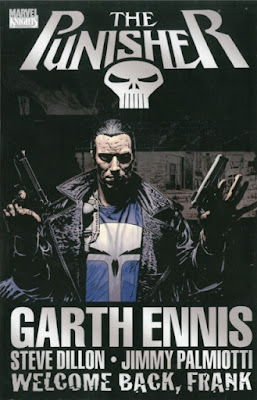 All Time Greatest Graphic Novels (in no particular order) #124 - Punisher: Welcome Back Frank

Frank Castle - the Punisher - is a one-man army locked, loaded and ready to take down anyone in his way, meting out the ultimate punishment to criminals: death. The Punisher makes his return by eliminating the ruthless Ma Gnucci's crime family - pursued by the NYPD's two-detective Punisher Task Force, crazed contract killer the Russian and super hero Daredevil; and emulated by three copycat killers who want to join forces with him. The over-the-top action builds toward a showdown in the apartment building Frank shares with the mousy Joan, overweight Mr. Bumpo and punk Spacker Dave. Now, Castle must survive to finish his vendetta, making sure his neighbors aren't caught in the crossfire while evil is punished. When WELCOME BACK, FRANK debuted in 2000, writer Garth Ennis and artist Steve Dillon (with inker Jimmy Palmiotti and iconic cover artist Tim Bradstreet) gave the?Punisher a redefining fresh start that once more made him a force to be reckoned with and served as the catalyst for two?feature films. Collecting PUNISHER (2000) #1-12. 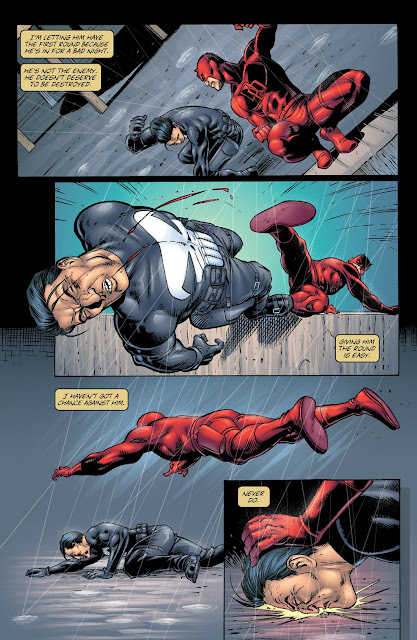